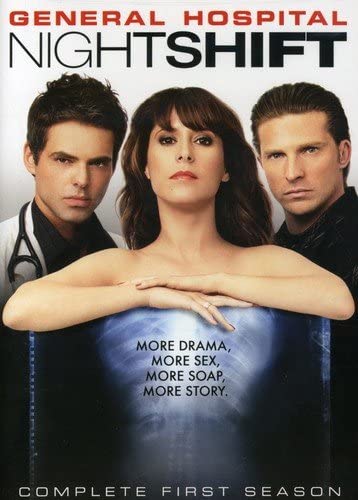 General Hospital, a daytime television series produced by ABC Television, has been on the air for more than four decades. It first aired on April 1, 1963. The show was created by Frank and Doris Hursley. From 1964 to 1988, General Hospital ranked as one of the most watched soap operas in the United States, with its episodes consistently outperforming competing shows. In 2007, Time Magazine named General Hospital one of the “Top 100 TV Shows of All Time.”

One of the early storylines was Nurse Jessie’s turbulent marriage to Dr. Phil Brewer. She was also the Chief of Nursing at the hospital. But her marriage was overshadowed by her sex and criminal problems.

Several of the main characters were portrayed by John Beradino and Emily McLaughlin. These characters were the inspiration for the concept of a “supercouple” on General Hospital. Other notable couples were Luke Spencer and Laura Webber, B. J. Jones and Maxie Jones, and the Quartermaines.

In the 1980s, General Hospital became a hit with younger audiences. The show’s cast began to change, and its ratings were on the decline. When the show was on hiatus in the mid-1980s, WVNY dropped it from its schedule. However, the network brought the show back in 1995.

In the late 1980s, several of the show’s stars left the show. Rachel Ames replaced Emily McLaughlin, who died in the early 1990s. Jason and Courtney didn’t have the chemistry that they did earlier. Also, the show has been plagued with backburning of older characters. Fortunately, there is an effort to bring the show back to its former glory.

The show’s producers decided to start an annual fundraiser called the “Nurses’ Ball,” which helped raise funds for the fight against HIV/AIDS. During this time, the program was also able to raise funds for an extra wing at the hospital to be used for research on AIDS.

The program’s producers were prepared to call it quits if the show did not improve its ratings. However, they were given six months by the network to improve them. Although the show had an average rating in its early years, it remained the number one soap opera until 1989.

After a brief stint as the top-rated soap opera in 1984, General Hospital briefly lost its title to another show, Guiding Light. In 1996, Disney bought the show from Capital Cities/ABC Inc.